Changing the way we live, work and play in the North York Centre.

The “re-imagining” of Yonge between Sheppard and Finch as a new type of main street for a rapidly-changing community is a concept that originated with city staff.  The wider sidewalks for pedestrians, outdoor cafes, trees, and perhaps a separated cycling lane has obvious appeal. But the idea of removing two lanes of traffic to fit it all in at first struck me as a bad idea, plain and simple. I assumed that residents would immediately reach that same conclusion.

Then I gave it more thought, spoke with community members, and thought about it some more.   Now, after a dozen large community discussions, in addition to conversations with some of Toronto’s best forward-thinking city planners, I am convinced the idea is more than good.  It’s necessary – needed if we want to transform the hastily-conceived and rapidly built “downtown North York” into a real community hub.

I don’t expect everyone who initially dislikes the idea to change their mind, as I did.  But here are some of the main points that got me there:

Highway or Destination:  If we think of Yonge Street between Sheppard and Finch as a highway, then the objective would be to move the maximum number of cars through it in the shortest time possible.  But do we want to live next to a highway? Do we want six lanes of highway separating one half of Willowdale from the other?  Or do we want something that feels more like home, a destination where people live, shop, share a meal, or meet a friend?  Commuters from the 905 might prefer the highway; but why would those of us who live here want that?

Planning for the Future instead of the Past:  If nothing had changed in the past 50 years and if we didn’t think much was going to change in the next 50, then we wouldn’t need to do much more than pour new concrete in place of the old. But given the obvious need to plan for a rapidly changing society, your city government owes you something better that new concrete.

The time is right: The city needs to spend at least $20 million just to rebuild Yonge Street and the sidewalks beside it. To do more with it could double that cost. But there is federal infrastructure money available next year for exactly this type of project, so there is a good chance that most of the extra costs could be covered.  The reconstruction of Yonge Street presents us with a once-in-a-lifetime opportunity for real investment in our area; we shouldn’t miss it.

I hope you will consider some of the thoughts on these pages brought together in partnership with supporters in our community. 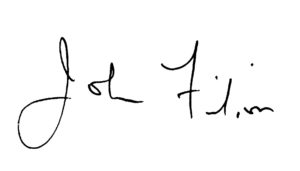